Byte, the class that ‘does what it says on the tin’, what does that tin promise? That racing will be equal between age and gender, the only requirement being that helms are on the lighter side. This was successfully proved in the Byte open race at Carsington Sailing Club on Sunday June 19 when another excellent turnout of fifteen Bytes joined twenty six Supernova’s for an exciting day of racing. 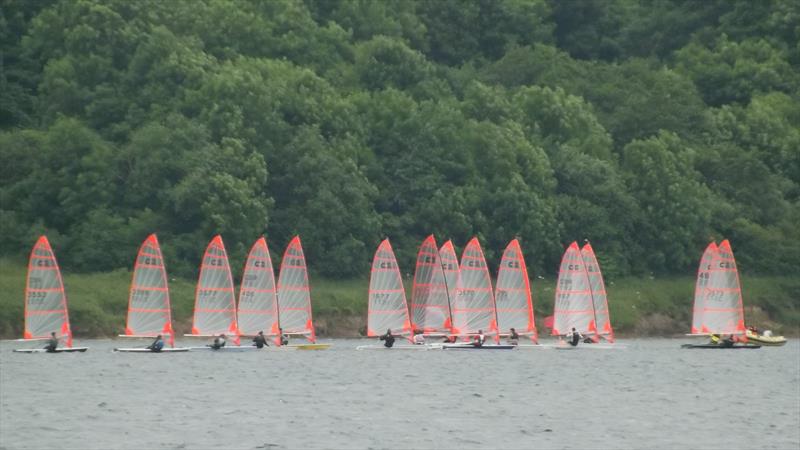 Wind was light and fickle for the two back to back races before lunch but increased for the longer post lunch afternoon race.

For race one the Bytes took off five minutes after the Supernova start and Rick Whitehouse (Combs) sailed into an early lead chased by clubmate Louis Saunders, behind them racing was intense with frequent place changes but at the flag it was Rick from Louis with Stu Moore (Weston) in third.

Race two saw Louis commit an infringement off the line and perform turns while Charlie Sanson (Bowmoor) was away clean and fast chased by Louis and Stu. Also in this mix was a rapid Jen Lamb (Combs) who had found form in the freshening breeze. Charlie and Louis swapped first and second place as the race proceeded but at the flag it was a close thing between Louis and Charlie, with Charlie finishing in first with Louis a very close second and Stu in third. They were followed by Jen in fourth but….she discovered that she had been ‘OCS’! Such a shame after a brilliant performance in the race!

So, the result was all on race three with four possible winners. After the start four boats broke away, Louis, Stu, Jen and Charlie but the following pack was very tight so woe betide any sailor who fell back into it! Louis was engaged in a close fight with Stu and this allowed Charlie and Jen to catch them. From my distant vantage point I could now see constant place changes as the four leading boats raced round the course in what was now a fresh breeze. On the last lap Charlie wrested the lead from Louis and held it to the line, while Louis fell back to fourth with Stu in second and Jen in third. 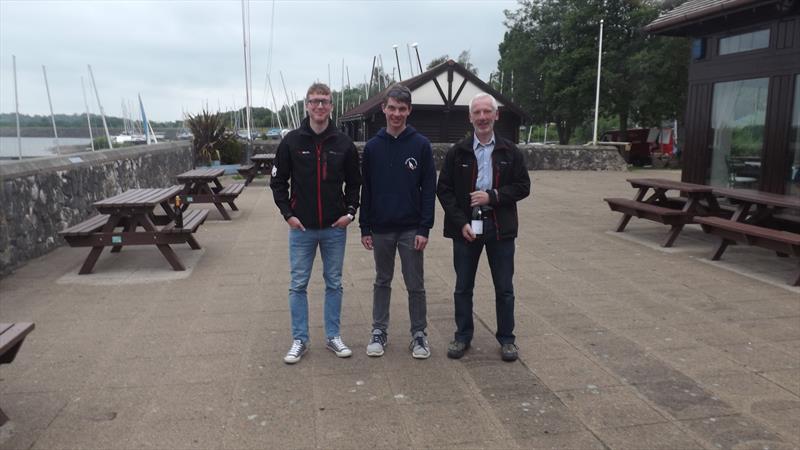 The great thing was that Charlie Sanson is only 16 and beat long serving sailors Louis and Rick. Given that Ryan Bush lost the Inlands to Rick by only three inches, the kids are coming! Ladies were also well up in the order particularly Jen Lamb and Rachel Moore.

Next stop will be the Nationals at Castle Cove on July 9-10. Entry is now closed for this event but what fun it will be. So far this year young sailors have been going very well with Ryan Bush winning at Bristol Corinthian, then losing the Inlands by only three inches to Rick Whitehouse. Charlie Sanson winning at Carsington. Louis Saunders sailed his first open of the year at Carsington and is looking forward to taking on the youngsters on the sea. There will be fierce competition for the ladies as well with Rachel Moore and Jenn Lamb both on good form.